The store will not work correctly in the case when cookies are disabled.

Rituals are an essential part of Chinese culture. For something as important and significant as a wedding, the customs and rituals are highly intricate and sophisticated. Although more and more couples opt for a more relaxed ceremony, the underlying symbols of auspiciousness in these rituals can instill a sense of eventfulness to your wedding. Explore the rituals and meanings of traditional wedding customs, and create an unforgettable wedding for you and your partner. The Three Letters and Six Etiquettes dates back all the way to the Zhou dynasty over two thousand years ago. Presenting Wedding Gifts is the most grandiose ceremony of all the Chinese wedding rituals. This etiquette usually takes place one month prior to the wedding in modern times. The groom’s family will pick an auspicious date and present the betrothal gifts to the bride’s household, who will then return a gift as a respectful gesture. At this point, the wedding is officially confirmed. Bridal cakes are an indispensable gift for this Etiquette. The cakes are preferred to be exquisite and in large quantity in order to signify a glamorous wedding for the bride. Upon receiving the bridal cakes, the bride’s family will send them to their family friends to inform them of the good news. This Etiquette is still practiced faithfully by couples today as a gesture of respect to both families. The quantity of bridal cakes being gifted is also an important symbol. A family member or friend will usually receive a quantity of cakes according to their age and seniority in the family or how close they are with the bride's household. Bridal cakes will usually come in a box of four, six, or eight, as even numbers are considered lucky in Chinese culture. 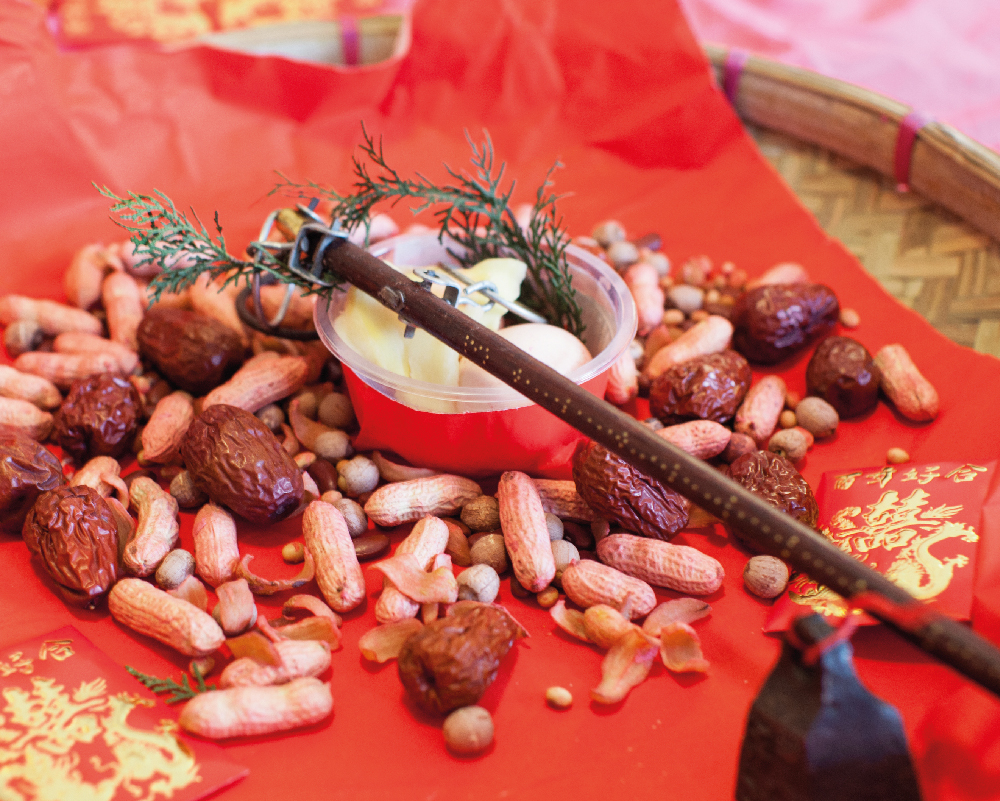 Dried Seafood: Usually in a box of four, six, or eight, depending on the headcount. Fat choy must be included in the gifts, which could also include abalones, dried oysters, conpoy, dried shiitake, dried shrimps, dried squids, dried sea cucumbers, shark fin, and fish maw, amongst others. The gifts will be divided into four individual packages, two of which will be returned to the sender as a gesture of respect and to symbolize good luck. There is no formal specification as to how much these gifts should weigh.

Three Meats: This consists of two hen and two roosters, three to five catties of pork, butterflied, and four fish, usually big ones. Each of these meats symbolizes a form of good luck. The three meats can be substituted by three Lai See's (red pockets), each with an indication on the envelope. In addition, four bottles of wine should also be presented as gifts.

Tealeaves & Sesame Seeds: The tea leaves would preferably be Lu’an 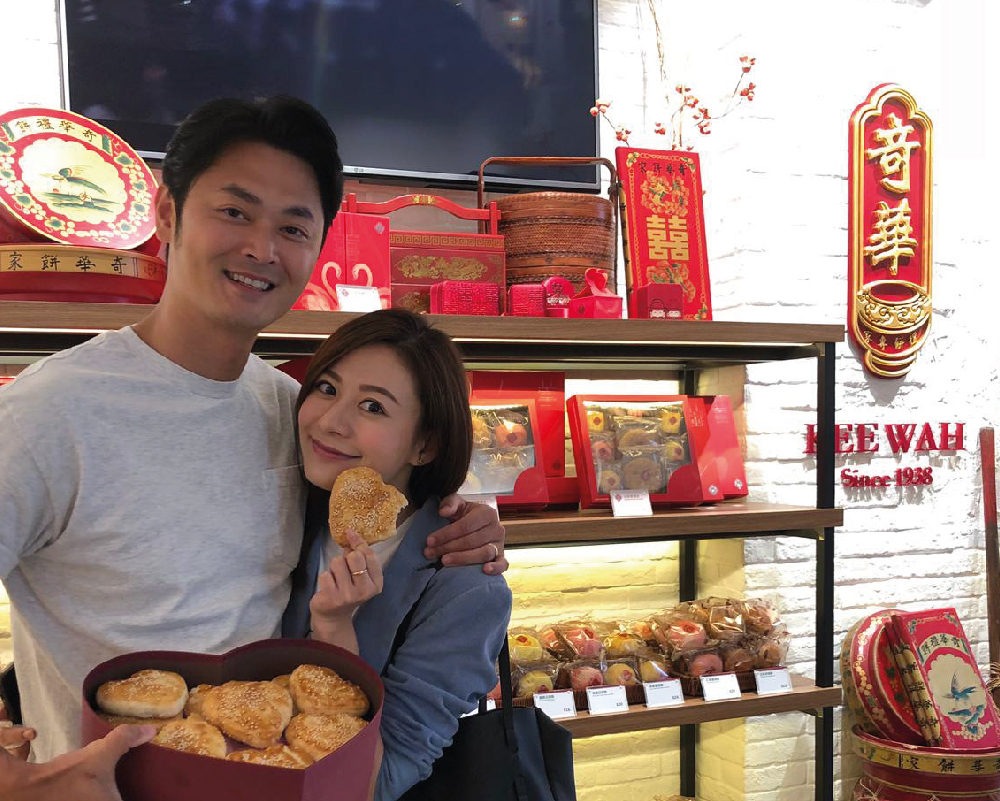 The bride’s household will reciprocate and share the good fortune by returning a portion of (usually half) the gifts to the groom’s family. The gifts to be returned include:

Bridal Dragon Phoenix Pair Cake: For the groom’s family to use during the Hair Combing Ceremony.

A portion of the bridal cakes or wedding coupons: For the groom’s family to use during rituals.

Clothes: A suit, a belt, a wallet with a Lai See inside, a pair of shoes, and two pairs of socks. It can be substituted with a Lai See.

Wedding Towels: Towels with the Chinese character for “double happiness” embroidered on top. The quantity of the towels should be an auspicious number such as eight, eighteen, or twenty-eight.